As Greece moves closer to becoming a cashless society, it is clear that the country’s attitude towards cash is reckless and dangerous. The supposed convenience of switching to a cash-free system comes with a great deal of risk, including needless overreach by the state. 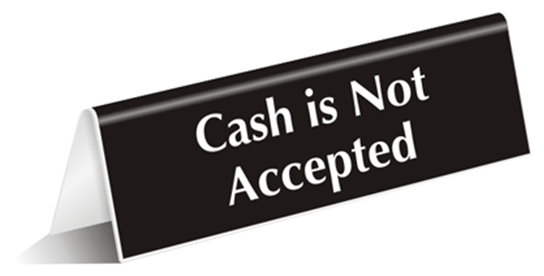 Greece is being used as a guinea pig not just for a grand neoliberal experiment in both austerity, but de-cashing as well. The examples are many, and they have found fertile ground in a country whose populace remains shell-shocked by eight years of economic depression. A new law that came into effect on January 1 incentivizes going cashless by setting a minimum threshold of spending at least 10 percent of one’s income via credit, debit, or prepaid card in order to attain a somewhat higher tax-free threshold.

Beginning July 27, dozens of categories of businesses in Greece will be required to install aptly-acronymized “POS” (point-of-sale) card readers and to accept payments by card. Businesses are also required to post a notice, typically by the entrance or point of sale, stating whether card payments are accepted or not. Another new piece of legislation, in effect as of June 1, requires salaries to be paid via direct electronic transfers to bank accounts. Furthermore, cash transactions of over 500 euros have been outlawed.